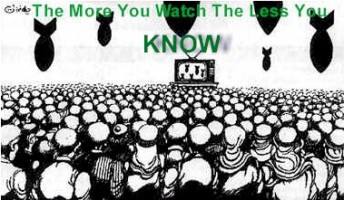 If the region spirals into warfare again, there will be enough blame to go around of course. But someone in the region should bear in mind that, following the collapse of the Soviet Union, the region did have 15 years to reinvent itself in accordance with the new realities all around it, but failed to do so. Stability and constancy are not values always to be cherished, and change no matter how onerous a task it might pose is not an existential threat. It becomes so when people try to avoid it at all costs, just as the peoples and government of the region did. But change is coming nonetheless, and violence will play a role in it, regardless of our best intentions. We are better off planning to manage it rather than resist in that nihilistic fashion to which many of our leaders seem accustomed.

In the aftermath of 9/11, democracy became a catch-word that was repeatedly enunciated by various American officials and commentators, from the President down, and brandished as some kind of magic weapon that can help make the differenced in the Global War on Terror. In the process though, Democracy was reduced to a single aspect of it, namely elections that, more often than not, produced undesirable results by empowering inherently non-democratic actors thus complicating the Administration’s push for greater political openness and reforms in the region. END_OF_DOCUMENT_TOKEN_TO_BE_REPLACED