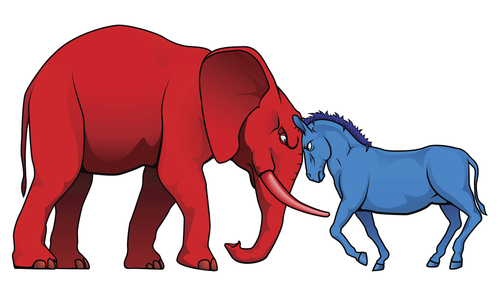 Using my criticism of President Obama as a way to ascertain my political affiliation will not wield accurate results, as my criticism is not motivated by ideology. Indeed, the primary driving motive behind my vociferous criticism of Obama is my desire to see America live up to her values, potential and responsibilities as the world’s only superpower, and in a manner that can serve both her interests and those of the people who share her values across the world.

True, not all Syrians share or understand American values, but there are many of us who do, enough, in fact, to allow for a deep sense of betrayal to seep through and color the entire revolutionary discourse at this stage. More importantly, there are, or were at one point early in the revolution, many who were willing to open up their minds and hearts to America, allowing her to gain far more influence on their thinking and their ways than was possible at any given moment in our modern history. It is clear now, however, that the Obama Administration has missed this golden opportunity when it failed to move against Assad’s bloody crackdown in a timely fashion, by drawing clear and enforceable redlines.

As for my politics, well, perhaps the following notes should make things clearer.

I believe in the need for strong corporate accountability and transparency. Corporations have become too big and influential in terms of setting policy in countries across the world, and not only the United States, to be allowed to continue shielding themselves from serious public accountability. Trade secrets and responsibility to stockholders are not good enough excuses to justify continued corporate secrecy on a number of issues, ranging from funds provided to public officials and NGOs in countries around the world, to understanding ownership structures and dynamics. We cannot keep relying on speculations and conspiracy theories in our attempt to understand the role of corporations in shaping our lives, but we cannot change the existing state of affairs without new regulations demanding greater transparency. Our democratically elected public officials need to show balls and integrity in charting our path to this.

And, yes, and I actually don’t believe that money is protected speech, and, in my opinion, if corporations want to be considered as individuals than they should be ready to be held liable as ones when certain legal violations and infractions are committed.

In regard to foreign policy, I believe that, on account of its power, influence, potential and values, the United States have a responsibility at this stage to lead the transition towards a multipolar world and help draw certain clear redlines, especially in regard to mass slaughter and systematic violations of human rights.

Now most of these policies put me on the far left of the American political spectrum, but, here is the twist. I don’t trust Big Brother. I don’t like big government bureaucracies. I don’t want the government to run too many of the institutions shaping our lives. I want my government to monitor and regulate, more than anything else. I want it to arbitrate between different regions, and groups, and be involved in enforcing certain agreed norms, especially when violations take place. I want it to be involved in the provision of certain basic services, especially in relation to education and health, to ensure protection of the vulnerable segments in our society, and that the foundation of our future, our children, are being provided with the best education and healthcare systems that we can provide.

At this stage, neither major party in the U.S. seems capable of rising to expectations, though I am clearly closer to the Democrats than the Republicans. But it’s still too early to tell where my vote will go in 2016, when I will have become a citizen, if all things went smoothly with our applications.

The complicating factor in this regard, that is, in determining to whom I should cast my vote at one point, is the fact that I will always be an activist, an irreverent pragmatic activist that will not allow for any amount of peer pressure to determine my belonging and affiliation. I will always seek to engage the right and the left, and my preference for establishing rapport is engageability and approachability rather than ideology. Aloofness in democratically elected public officials is a major turnoff. So is intellectual disdain. Whether through think tanks like the Brookings Institution and the Foundation for Defense of Democracies, with which I was proudly affiliated at one point or another, or our own Tharwa Foundation, I will always focus on the need for pushing towards a more just and representative international order, where mass slaughter and systematic violations of human rights are not tolerated or treated cynically as idealistic and impractical aspirations. In this regard, attitudes towards the current conflict in Syria will serve as a litmus test with which I shall assess the credibility of public officials, not only because it’s my country, but because it was a tragedy foretold, and quite preventable.

There is another side to my politics as well, the side that deals with activities and writings focused on “my people,” who, depending on the issue and the context, can be defined as the Damascenes, the Arabs, the Kurds, the Sunnis, the Muslims, the Levantines, the Middle Easterners, people of mixed ethnic backgrounds, the liberals, etc. But that’s an issue for another time. Meanwhile, Arabic speakers are kindly referred to these two papers of mine (“I am Liberal, Fear me!” and “Dear Struggler!”) written back in 2010.