On August 27, 2014, the DC Arts Center hosted a dual event featuring Ammar Abdulhamid: the first was a short documentary titled “Syria: A Fire Within,” made by the American activist and filmmaker Emanuel Benhamou, and the second was a book-signing of Ammar’s new book “The Irreverent Activist.” The dual event also featured a brief Q&A with Ammar and Emanuel.

Questions mostly focused on the situation in Syria, and ways the U.S. could still help the moderate elements in the country. Ammar also explained the motivation behind “The Irreverent Activist,” explaining how, despite its dark nature, still managed to be inspirational.

The book, Ammar said, was a journey back in time, as it begins with a brief manifesto in which he explains what he means by irreverence, then, moves to section titled Heretical Affirmations made up of aphorisms that reflects his evolving philosophy as an activist since the late 1990s. The book ends with a section titled Abel’s Confessions, made up of poetic reflections written in the mid- to late 1990s, a period that witnessed Ammar’s evolution from a Bohemian author and poet into a prodemocracy and human rights activist.

The trailer to “Syria: A Fire Within”

Photos from the dual event 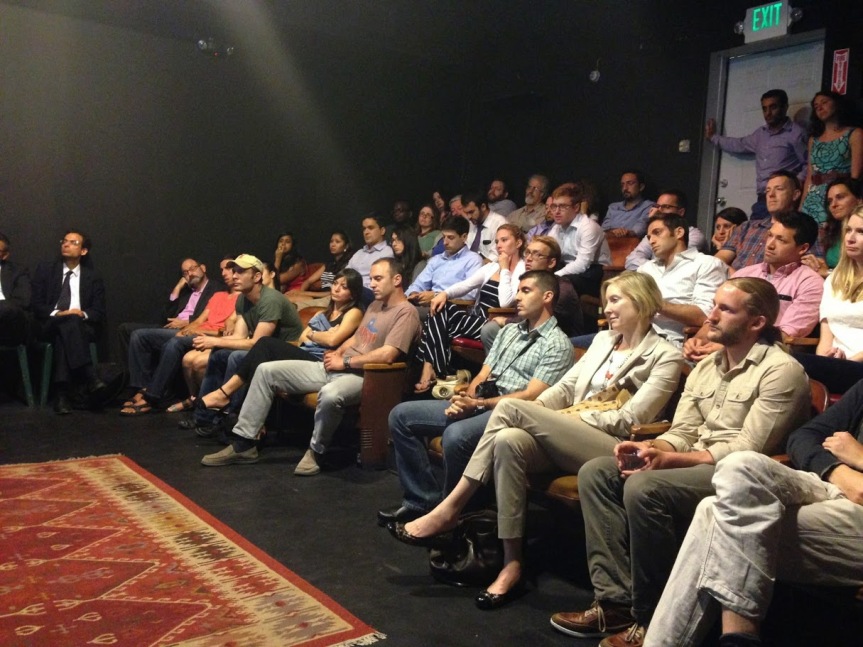