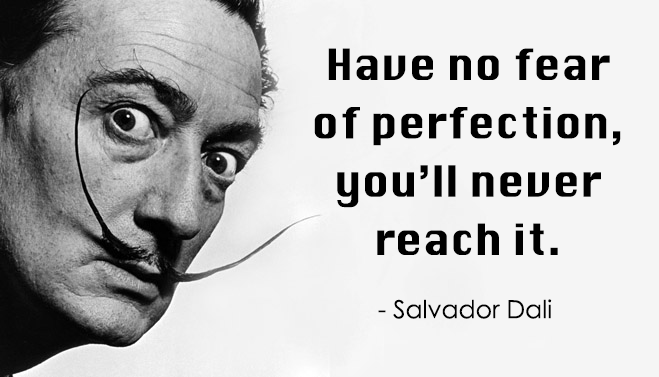 The Qur’an and other traditional religious texts may indeed contain verses that are objectionable by modern standards, but that does not mean that we can reduce all these texts to these verses. Beyond the arcane mythology and certain specific objectionable rulings, there is also much wisdom contained in these texts, wisdom that allows them to keep their followers inspired and capable of coping with the requirements of modern life provided that they can understand the true nature of the relationship between the specific and the general in these texts.

Indeed, as human beings, we cannot deal with perfection, because we cannot fathom it or its implication. By definition, perfection is simply beyond our perceptions. Perfectibility, on the other hand, is the bread and butter of our existence, and should be the guiding principle of our journey. In religious matters, this means that certain elements of our faith are always subject to change, as we seek to perfect our understanding of it and, by implication, of the will of God and His plan for us. For perfectibility means that there could never be a final and defining version of the faith, and that the debate regarding its nature should always be open, and the guidelines attempting to define it should be as broad as we can make them.

At a certain point in history, the general principles enshrined in our religious texts and the specific rulings enunciated must have seemed in harmony somehow, just as they still do today to so many peoples around the world. Verses celebrating God’s love for humanity and human dignity may not have seemed to contradict others that accommodated slavery, favored men over women, and condemned homosexuality and followers of other faiths. The sum total of our collective wisdom at a time, and even today in so many quarters, seemed to have been at peace with such state of affairs, and the objections to it, if any, were restricted to few luminaries who would often be shunned if not persecuted.

But there come moments in the course of historical journey where the objections of these few luminaries begin to seem sensible to more and more people. These are the moments when more popular processes of review begin to take place. Naturally, the processes rarely remain confined to intellectual circles and often manifest themselves in the form of violent conflicts in which discussions related to interpretations of religious texts tend to play some role. The conflicts themselves, however, often have multiple causes and drivers.  In time, new compromises are reached, new norms are set, and new interpretations of the text emerge.

“Perfectibility means that there could never be a final and defining version of the faith, and that the debate regarding its nature should always be open”

As humanity entered into the modern age, with different peoples and societies doing so at different times, the influence of modern scientific thinking on these processes ushered in a new and radically different era, where a certain break needed to take place from certain traditions. The gap between traditional religions and modern values became increasingly wide, and accommodation became a more daunting undertaking. This was especially in case of societies where the advent of modernity happened at much later point, often as a result of external imposition. As such, modernity itself came more as an imported foreign product and was treated as such. Things would have been different had it emerged locally, and as a result of internal fermentation of these societies.

Despite this, however, the challenge facing traditional believers is basically unchanged. They need to reexamine their texts, differentiating between general principles and time- and situation-specific rulings. Then, and on the basis of a deeper understanding of the general principles as well as the nature of our time they need to embark on setting aside certain specific rulings and introducing new ones more suitable to the times at hand. Failing to do this would empower the more puritan and extreme elements, and traditionalists have as much reason to hate and fear them as modern secular segments of the population.

This time, however, religion has to play a catch-up game with science and philosophy. For modern values are inspired by objective philosophy and rational scientific analysis rather than religious doctrine no matter how liberal it happened to be. This situation both facilitates and complicates the process. It facilitates the process because it already informs followers of traditional faiths as to what exactly they have to do to catch up with modern values: they simply need to agree on new interpretations of the general principles enshrined in their holy texts, ones that could harmonize their faiths with the precepts elaborated in the Universal Declaration of Human Rights and other international conventions on human rights.

As for the complicated aspect of the process, it is often manifested in the growing gap separating modern and traditional values, a fact that calls for a leap in the popular understanding of traditional faiths and not simply a gradual evolution of their points of view. This process will also involve new debate about authenticity and originality, which is bound to create new schisms and spawn new conflicts.

Geopolitical considerations and the reach of modern media, including social media, in an ever shrinking and convoluted world will add additional layers of complexity as well.

However, should a “consensus” of sorts be reached at a certain point in time centering on the concept of perfectibility elaborated above, then, perhaps, an important turning point will have been reached, one that could allow our metaphysical impulse to once more play a positive role in our intellectual evolution and “spiritual” awakening.