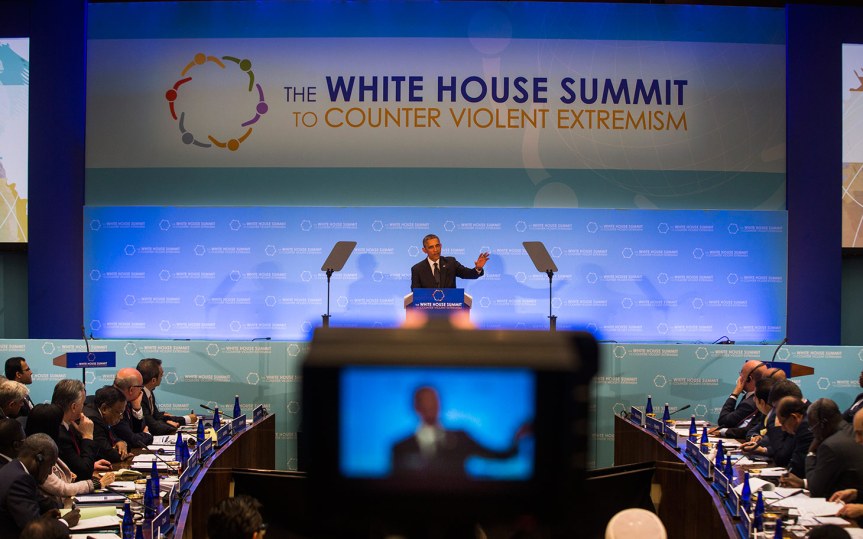 Have Muslim organizations in the U.S. issued any guidelines to Mosques and Islamic centers on how to deal with troubled youths and extremist elements who are trying to recruit in their midst? Have they created outreach programs to Muslim families dealing with radicalized youths in an attempt to help them come back to the mainstream? Have they set up special camps that can help in these matters? Are they providing specialized training to Imams on how to deal with these and other related issues? Have they created educational guidelines on how certain issues related to Islamic teachings, such as Jihad and Dhimmitude, among others, should be breached?

To my knowledge, and beyond certain haphazard efforts undertaking by some local communities, usually with encouragement and funding from local or federal authorizes, some short-term training or awareness-raising programs were conducted. But the lack of consistency is troubling, and the almost exclusive focus of most groups representing practicing Muslims in the United States on public relations and advocacy, rather than integration and de-radicalization is far more “morally problematic” than the Obama’s Administration outreach based on its recent initiative known as Countering Violent Extremism (CVE).

The First Amendment will always leave room for radical preachers to operate, and for misguided people to follow or fall prey to them. But that does not excuse apathy. These elements should not be left to operate freely within the ranks of mainstream Muslim communities, infecting so many of them with their poisonous agendas, and entrapping their most vulnerable elements in their snares. Muslim organizations need to agree on internal monitoring mechanisms to facilitate isolating radical preachers and flag them to the authorities when necessary. Outreach programs to troubled youths should be developed in most major communities. Increasing contacts with members from other faiths and conducting joint events, cultural, artistic, political, will have a positive role to play in this matter as well. Non-missionary outreach to Muslims from different sects, non-practicing Muslims and those who might espouse non-traditional agendas (whether they refer to themselves as liberals, modernizers, secularists or atheists) is also important especially in regard to the fight against discrimination.

The point of such activities will not be to debate issues related to faith necessarily, but to life in America in general, including local and national politics, sports, art programs, etc.

Indeed, encouraging Muslims to be involved in their communities beyond issues related directly to their culture and faith is critically important, as it will facilitate bridge-building and integration, which represent the best preemptive measures against the rise of extremism.

Muslims should not be too upset or obsessed with CVE’s focus on them. Rather they should acknowledge that extremism has a unique manifestation in their midst. For while there are indeed Hindu, Buddhist and Christian extremists, they tend to operate locally, and have yet to produce videos and pamphlets encouraging their followers, old and new, to target Western interests on a global level, including killing and kidnapping of civilians.

The resentment that so many Muslims feel towards the West is different in nature and scope than anything expressed by non-Muslim communities across the developing world, albeit they, too, were subjugated to the colonial and imperialist adventures of the West and were no less impacted by them. The usual apologetics cannot explain this state of affairs, and is, in fact, counterproductive. Muslims need to debate those specific aspects of their worldview that made them develop such resentment. Muslims are not the ultimate victims here. Colonialism and imperialism are not uniquely Western phenomena, but one in which peoples throughout history have engaged. Muslims were not specifically targeted, and they did not specifically target others. Each people, whenever they had an opportunity to do so, sought to expand their sphere of influence and spread their hegemony. In all cases, this involved a measure of repression and bloodshed. There is no point comparing scales and scopes, and no point justifying and revising the past. The disease is the same, we are all infected, and we all need to find a cure.

Indeed, if Muslims want to rectify the existing imbalance of power between Muslim and non-Muslim communities, societies and states, resentment is not the way to go. They need to move past resentment and victimary rhetoric, and focus on opening a new page with the world. Each Muslim community has to begin where it finds itself at this stage, and this always include a strong element of outreach to the people around, be they non-Muslims or different type of Muslims, and irrespective of who is the migrant and who is the host, since he end point is the same: peaceful coexistence in which each individual and group feels relatively and maximally free and secure.

The White House initiative for Countering Violence Extremism  does not actually turn every Muslim into a potential suspect, but it acknowledges the obvious at this stage, namely, that extremist elements that are more likely to turn violent here in the U.S. and end up targeting civilians often hail from a Muslim background.

“People who hold extremely conservative views, and irrespective of their religious backgrounds, may be more prone to isolationist tendencies than violent ones…”

We cannot dismiss this fact even knowing that it would play into the hands of those championing discrimination against Muslims, and would complicate our attempt to explain how, despite this propensity to violence among extremist Muslims, the overwhelming majority of Muslims everywhere just want to live and let live.

(And let’s not confuse here the prevalence of conservative and even anti-modern views among Muslims on a variety of social issues, ranging from woman rights to abortion and homosexuality, with the kind of extremism that gives birth to terrorist networks. There is no straight correlation here. Indeed, people who hold extremely conservative views, and irrespective of their religious backgrounds, may be more prone to isolationist tendencies than violent ones.)

Fearing discrimination is a legitimate concern, but increased discrimination could become a self-fulfilling reality so long as so many Muslims still refuse to take the lead in countering extremism, leaving the issue in the hands of local and federal authorities. If Muslims cannot put their own house in order while the dysfunction in it is clearly having a negative impact far beyond its walls, then, they cannot prevent others from undertaking the task and intervening in their affairs, bringing with them their own priorities and prejudices.

Indeed, obfuscation, deflection and the continuous shifting of blame and responsibility will only fuel prejudice not combat it.