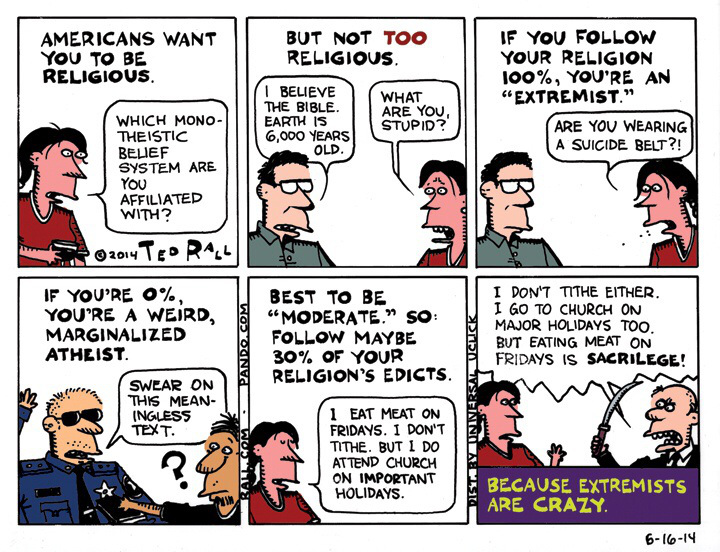 At the time where there is so much talk about extremists and moderates, I thought a couple of definitions might be in order to help us clarify the challenges ahead.

END_OF_DOCUMENT_TOKEN_TO_BE_REPLACED

The Jihadis have given all leaders in the West an excuse to examine developments in our region from the narrow angle of security. But does anyone in his right mind really believe that Jihadis pose an existential threat to anyone, be it Israel, Europe or America? Does the fight against Jihadis truly justify ignoring, if not downright stomping on, the aspirations of hundreds of millions of Muslims around the world for freedom, justice and dignity? Apparently it does.

END_OF_DOCUMENT_TOKEN_TO_BE_REPLACED

One of the main problems confronting the U.S. and other Western powers in connection with the newly appointed Caliph, Abu Bakr Al-Baghdadi, is that by assuming this title and showcasing that he has some charisma, the savvy leader of the Islamic State bestowed upon himself a certain holiness that would resonate with Jihadis across the globe.

END_OF_DOCUMENT_TOKEN_TO_BE_REPLACED

As usual, Al-Bahgdadi proves that, like all other cult leaders, he is dangerously delusional but far from being an imbecile. Now that he has been “appointed” as the Caliph, he has become a public figure par excellence, and we should expect regular such addresses from him at least to commemorate important religious occasions and address critical developments. In time, that will add to his appeal in the world Jihadi circles, and his impact could rival that of Bin Ladin, if not surpass it. Al-Zawahiri and other current Jihadi leaders on the scene do not have his charisma, his stature, or the kind of resources that he has under his disposal.