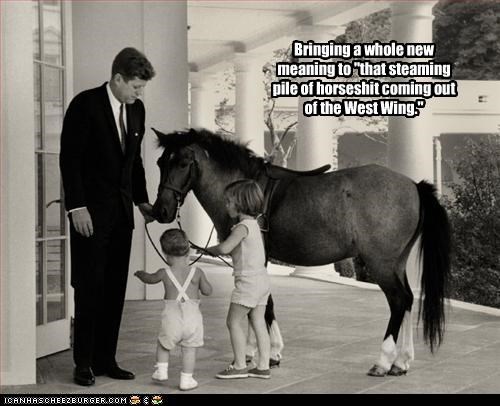 Obama’s greatest fuckup in regard to Syria is not his failure to help moderate rebels, but his failure to stand by the nonviolent prodemocracy protesters who led the revolution and were mercilessly slaughtered by Assad’s military and security machine. Had he took a stand then, during that 6 months period where almost 99% of all protests were nonviolent, we would not be dealing with all this mayhem in Syria and the region. Obama defended his intervention in Libya where the revolution was armed from the get-go, and said he did it to prevent slaughter. This very argument makes his inaction in Syria even more baffling. The level of moral hypocrisy here is sickening. Talk about horseshit. Former Administration point-man on Syria, Fred Hoff, makes an excellent point about his former boss’s argument here.

A mention in the Daily Beast:

“To Assad, the rallies spurred by the Islam-bashing film were heaven-sent: they have given credence to his claims that the Arab Spring is at heart an Islamist spring and that al Qaeda and its affiliates will be empowered as a result,” says Ammar Abdulhamid, a Syrian activist based in America. “Meanwhile, the rallies have also distracted international attention from the current mayhem unfolding in Syria, and they might give pause to any calls for intervention.”

Quoted in the Time

“What difference can the SNC make if it gets international recognition and loses its legitimacy among the protesters? And what difference can the FSA make, if it fails to get all the emerging paramilitary groups to accept the authority of its Military Council and its leader?” Ammar Abdulhamid, a U.S.-based Syrian dissident who has been critical of the SNC said recently. Abdulhamid has criticized the SNC’s “lack of transparency” and claimed that several independent Syrians who wanted to attend the conference in Tunisia “as monitors” were not allowed in. “So long as SNC leaders remain more preoccupied with winning international recognition than they are with internal cohesion or outreach to their own people, they are destined to become as irrelevant and cut-off from realities as Assad is today,” he said.

Rather than impose democracy on the Arab world, the United States seeks to support the building blocks for political and economic reform that already exist throughout the region. But as the first installment in AEI’s Dissent and Reform in the Arab World conference series has shown, the brave and bright reformers at the heart of democratic change have little political space with which to work and grow. END_OF_DOCUMENT_TOKEN_TO_BE_REPLACED